Keiko’s Dream: Going from ‘On Tour’ to ‘Into Our Schools’

In the documentary Keiko The Untold Story The Star of Free Willy, Dr. Naomi Rose talks about Keiko being the most well-traveled Orca in the world. This is true not only physically, but with his continued impact within our communities, and especially children.  The special success of the in-school portion of The Keiko’s Dream Tour led to our expanded in-school program, a truly unique interactive learning opportunity for middle and high school students.

How It All Got Started – By Combining Music, Art, and Science
To Inspire… Educate… Create… Involve

The Keiko’s Dream Tour is how it began.  With the success of the music single Keiko and the Album Keiko’s Dream leading to a close relationship with The Free Willy-Keiko Foundation, Theresa wanted to do more to affect positive change in the environment through music.  The Keiko’s Dream Tour evolved from there (made possible in part through a grant from the Regional Arts and Culture Council, and an agreement between The Free Willy-Keiko Foundation and Joshua Records, LLC).

It was a unique, three-fold event that was created to engage and educate entire 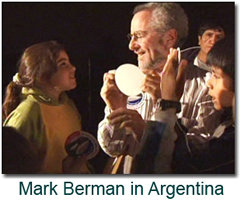 communities. It brought music, art, and education about the environmental issues facing marine life to schools, community events, and fundraisers.  The tour included something for all ages: the music of Theresa Demarest & Good Company featuring music from the Keiko’s Dream CD, a hands-on, interactive in-school art project, and an engaging movie presentation from leading members of the marine mammal industry after the concert, such as Mark Berman of The Free Willy-Keiko Foundation.

FUNDRAISING OPPORTUNITY FOR YOUR COMMUNITY – HOST A COMMUNITY SCREENING

mpositions and storytelling by Theresa Demarest & Good Company, culminating with the Keiko’s Dream story and instrumental that gives Keiko his voice and increased presence at the event. The Musicians are selected from six members of the Theresa Demarest & Good Company roster because of their level of expertise as musicians, their reputation in the music community, their experience as educators, and their commitment to The Keiko’s Dream Tour.

The Keiko’s Dream Tour culminated in a movie and ocean sciences presentation, given by the late Mark Berman of the Earth Island Institute, about the health of our oceans, marine mammals and, Keiko, in particular. The presentation included a question and answer session, lasting up to one hour. Other marine mammal presenters on the Keiko’s Dream Tour Roster and included Dr. Naomi Rose, the only marine mammal biologist for The Humane Society of the United States.

As part of the tour, the in-school student Art Awareness Program helped participants realize the need for a healthy environment. Students were involved “hands-on” to create interesting and permanent art pieces or murals, furthering the awareness of environmental issues and challenges. During the 2001 Tour, The Brooklyn Winterhaven school in Portland Oregon made this Keiko’s Dream Art Project a permanent part of the school’s art display.

LETTERS from the schools who were a part of the in-school art program:

I am writing this letter to further support Theresa Demarest & Good Company for their outstanding joint presentation with Mark Berman of the Earth Island Institute at Jefferson High School on February 8, 2001. Keiko’s Dream Tour, an hour-long program integrating music, marine biology and a rich discussion of environmental and ethical issues captured and held the interdisciplinary audience of 9-12 grade students and teachers.

As a learning community we were privileged to host Keiko’s Dream Tour, and appreciate the support of the sponsors who made their appearance possible. Thank you for your time.

Thank you for the wonderful assembly you and Dr. Rose presented for our school community on Wednesday, December 13, 2000. Your deft use of sound, rhythm, melody, lyric and personal storytelling was particularly impressive. Many of our students were encouraged and inspired to explore issues effecting the ocean, its inhabitants and it habitats. We appreciate your kind contribution to the education of our youngsters.

I would like to take this opportunity to thank you on behalf of the entire Open Meadow staff for your outstanding performance at the Middle School on February 9th.

Knowing that you usually play to very large audiences, we felt especially lucky to participate in the experience in our small setting. As we discussed earlier, I had some concerns about our student’s ability to remain focused on a lengthy performance. It is a testament to the success of your presentation that it held everyone’s attention and generated much positive feedback.

We would recommend Theresa Demarest & Good Company to any school because you made it easy for students to connect with Keiko and with the larger issues of his struggle.

I want to thank you for the wonderful program you presented at Brooklyn/WinterHaven school. Theresa Demarest and Good Company is an outstanding group of performers. when you played “Georgia” it blew me away!! The children were very excited by the slide presentation of Keiko. Most of them had seen Keiko at the Museum on the Oregon Coast. It was very informative and Mark Berman answered a lot of their questions (and there were a lot!).

I would highly recommend this program to anyone. If I could do it again, I would have it during the day so all the students and staff could see and hear this terrific program.

FUNDRAISING OPPORTUNITY FOR YOUR COMMUNITY – HOST A COMMUNITY SCREENING

August 1998
NEWPORT, Ore.-The Oregon Coast Aquarium is dedicating an evening of music and fun to Keiko during its annual “Rhythms By The Bay” Music Festival, Saturday, August 1, 1998, from 7 p.m. to 10 p.m.